Our area of study is Egypt and the Sudan, North Africa, the Arabian Peninsula and northwards through Iran, Iraq to Turkey, Greece and the Ottoman Balkans, from the earliest times to the mid-20th century.

ASTENE’s activities include the publication of a Bulletin about travellers (three times a year), exhibitions, conferences, study days and other events throughout the world. ASTENE holds biennial conferences and has published several books of conference papers. We organise regular events and trips for members, and in recent years we have organised tours to Cairo, Cyprus, Ireland, Jordan, Sinai, Syria and Albania.

We welcome as members anyone with an interest in and knowledge of our area of study – academics, students and others – and we have members in the United Kingdom, Europe, the Near East, North America and Australia.

For all general enquiries please email us at enquiries.astene@gmail.com or use our contact us page.

Journeys erased by time: The rediscovered footprints of travellers in Egypt and the Near East

Our next publication will contain selected papers from our 13th biennial conference (held in York in 2019).

We are pleased to now share the contents of this new volume with you and very much look forward to its publication.

8. Brian J. Taylor: ‘The artist William Page (1794–1872) and his travels in Greece and western Turkey in the first half of the nineteenth century’9. Joachim Gierlichs: ‘Jacob Röser: a Bavarian physician travelling the Ottoman Empire in 1834–1835’

15. Sylvie Weens: ‘A Luxor Room with a View at Pagnon’s Hotels’

16. Ernst Czerny: ‘Richard A. Bermann, the desert and the Mahdi: an Austrian writer’s fascination with Egypt and the Sudan.’ 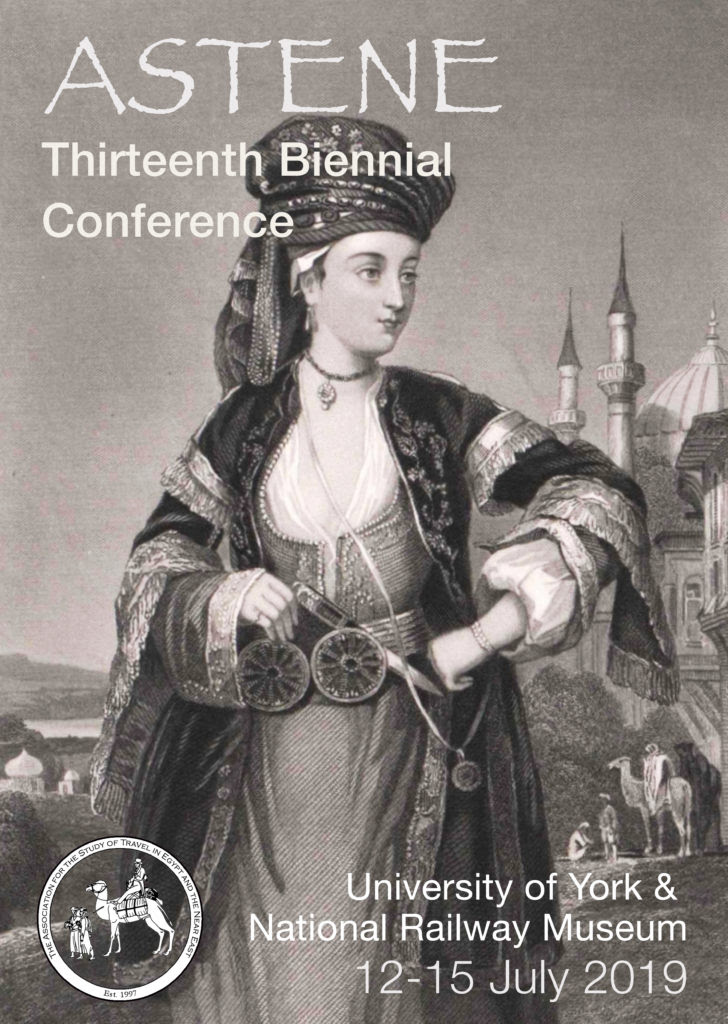